Marijuana is a highly popular recreational drug. It is derived from a plant with the scientific name Cannabis sativa, and in the streets, the drug is commonly called “weed.”

Marijuana has different effects on the body. It has stimulant, depressant, and hallucinogen effects in one. These effects are caused by the drug’s active ingredient, known as delta-9-tetrahydrocannabinol (THC for short).

Weed and its many varieties all come from the Cannabis plant. However, there are also synthetic versions of the drug, which are not exactly the same.

What is synthetic marijuana? 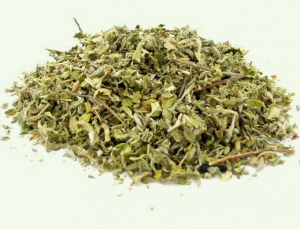 Synthetic marijuana can be in the form of sprays or liquids. It can be sprayed onto dried plant material to be smoked, or it can be loaded into e-cigarettes in liquid form, and the vapor is inhaled.

Synthetic marijuana has gained popularity since it was first made. In the market, the substance is often referred to as K2 or Spice. It is usually touted as a “safe alternative” to marijuana, but this is not true. In fact, its effects are stronger, more dangerous, and more unpredictable than actual marijuana. 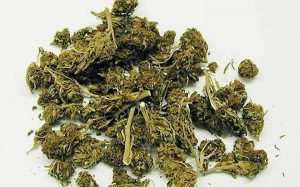 To evade detection in drug tests, drug makers often modify the chemical formulas of synthetic marijuana. Thus, different brands (e.g. K2, Spice, Kronic, Kush, Black Mamba, and Joker) do not have exactly the same compositions. With that, each brand would have different effects on the bodies of users.

Synthetic marijuana is also widely available. They can be bought from gas stations, novelty shops, and even online. Young people can buy them as well, exposing them to the risks of the substance early.

Despite being technically illegal, synthetic marijuana is often marketed as “incense” or “potpourri”, and packages are labeled as “not for human consumption.” Drug makers use this loophole to sell these products legally.

Also, many people believe that the many versions of this drug are “natural” and not harmful. This is not true, as they have a lot of detrimental effects to users.

How does synthetic marijuana work?

The chemical components of this drug target the same receptors in the brain as THC, the active ingredient in marijuana. However, the compounds in synthetic marijuana are not exactly THC; they may be similar in structure, but their effects are stronger and more varied.

Both synthetic and natural marijuana can produce the following effects in users:

What are the negative effects of taking synthetic marijuana?

Besides experiencing the relaxing and mood-boosting effects, users are also in danger of the following adverse side effects:

In some cases, users have been rushed to the emergency room with the following symptoms:

According to some studies, the components of synthetic marijuana can be up to 600 times more potent than the THC in natural marijuana. As such, the drug is highly addictive, and it can lead to addiction much faster than its natural counterpart.

Typical signs of addiction are noticeable changes in users’ behaviors and lifestyles. They include:

Quitting synthetic marijuana can be hard because of withdrawal symptoms, such as:

These can get so annoying that for most users, their only recourse is to take the drug again. That may relieve their withdrawal symptoms, but it will only fuel their addictions further.

Those suffering from addiction to synthetic marijuana also face another risk, which is overdose. The signs of overdose can be life threatening, and they include:

Anyone experiencing these symptoms should seek medical help right away. A few minutes can mean the difference between life and death in many cases.

Is it possible to treat addiction to synthetic marijuana?

Yes, there are evidence-based treatments that can help users manage their addiction to synthetic marijuana. These include behavioral therapies and counselling. The aim of therapy is to wean users away from drug cravings and replace them with healthy habits.

Often, synthetic marijuana use is a way for users to relieve stress or as an escape from negative emotions. Thus, in therapy, they are taught to identify the root causes of their drug cravings. In turn, they will be able to intentionally avoid these triggers. Also, users will be equipped with new skills to help them cope with negative emotions more effectively.

In cases of severe addiction, users may be required to stay inside a rehab facility for a number of months. This is known as inpatient rehab. It essentially removes the users from environments that make them prone to drug abuse. While inside the facility, they can focus on doing things that ensure their recovery.